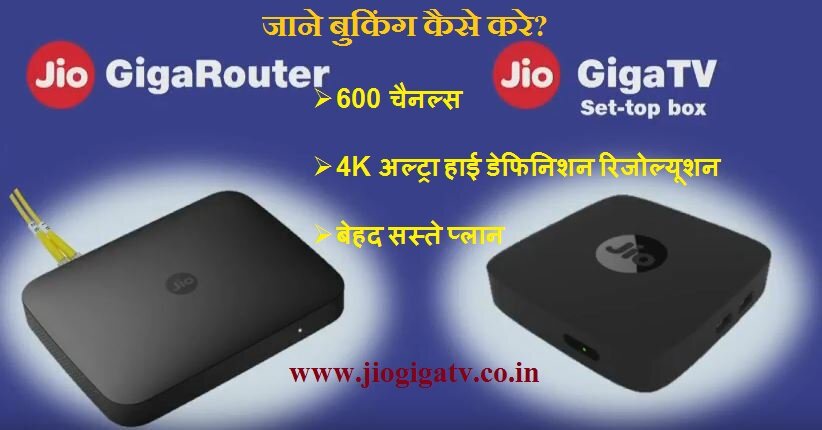 The GigaTV set top box will provide internet based digital content services. The Jio GigaTV was launched by Isha Ambani and Anant Ambani. The newly introduced set top box is to support a video calling feature which allows its users to make video calls from their TV set. The GigaTV set up box is set to offer 4K resolution on TV channels.

The GigaTV Set Top Box would support voice command similar to Amazon Fire Stick as the GigaTV set up box comes with GigaTV voice enabled remote. As the company wants to fulfil the motto of ‘Bhasha anek, Bharat ek’, it would support voice commands in most Indian languages. It would also allow for multi-party video conferencing called Jio Call through Jio users’ TV which can connect Jio GigaTV users to many people via video conferencing on the TV, a mobile or a tablet connected to internet.

With Jio GigaTV Set Top Box, Jio has plans to offer over 600 TV channels, over 1000 movies and millions of songs on demand. The new set top box uses internet to offer these services. You don’t need a separate cable TV to watch. Jio apps such as Jio Movies, Songs, Cinema, TV Call, Media Share etc will also be available.

Announcements for three major launches were made in the AGM which include Jio Phone 2, Jio GigaFiber and Jio GigaTV. Jio GigaFiber is aimed at providing high speed internet services for various services and smart home solutions, whereas Jio GigaTV focuses on the entertainment domain. Jio Phone 2 is an enhanced feature smart phone to its predecessor Jio Phone.

After launching Jio TV, most of the trouble can be caused by small cable companies. Although the rate of Jio GigaTV service has not been revealed yet, but it is believed that the company can offer very cheap plans. We can see its major impact on Small cable companies such as Hathway Cable, DEN Network and City Network on the first day of announcement. Because that the DEN Network’s stock was down by nearly 11%, Hathway Cable’s stock was down by 15.40% and City Networks was down by 2 per cent.